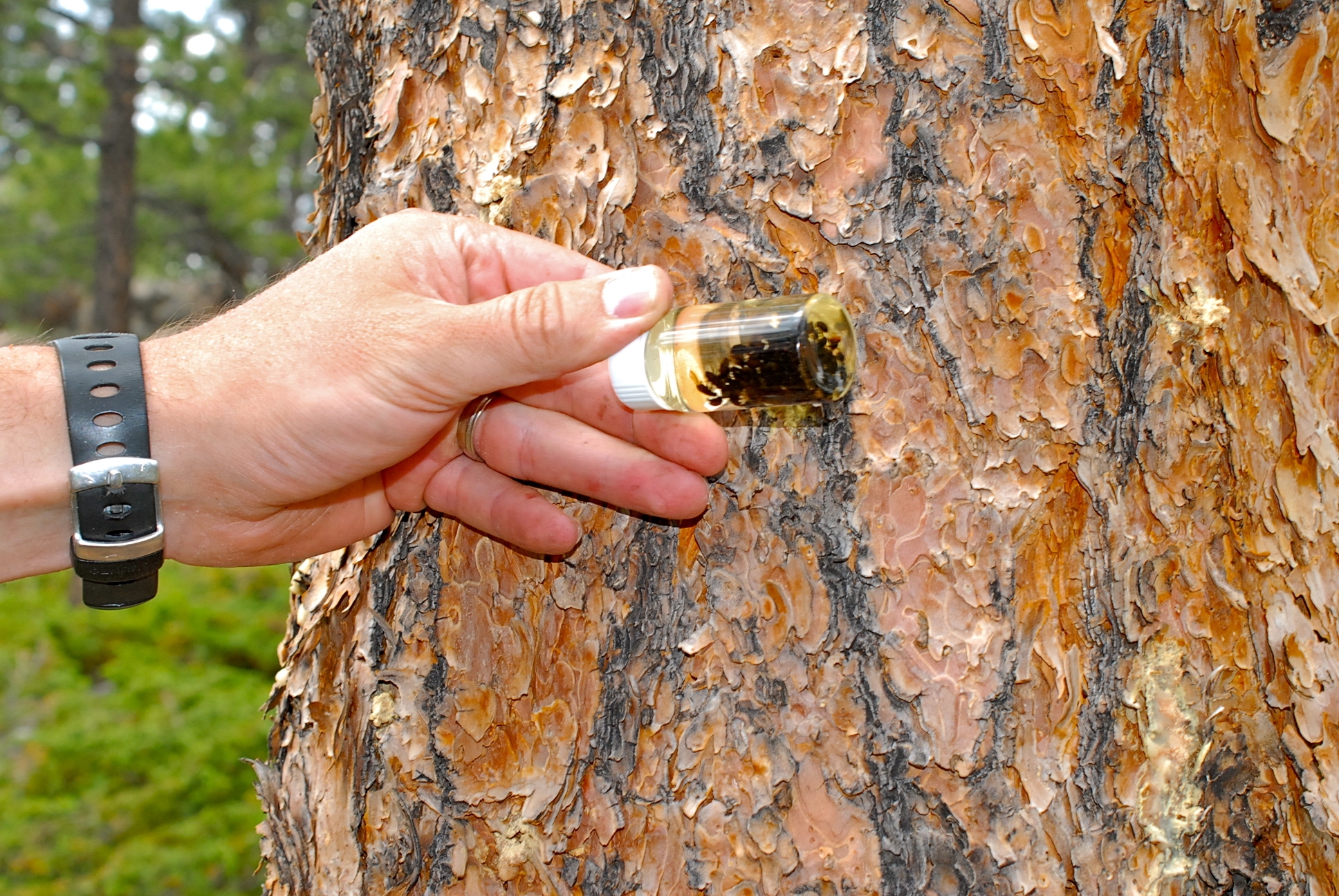 For Houston residents, the most pressing concern surrounding the landscape tends to be whether there is sufficient water. It is important to know that insect infestations can also cause problems. Pine beetles in particular affect areas across the country, including Texas. In Houston there are several different sub-species of pine beetles which cause pine beetle damage.  They are typically southern pine beetles, the variety that affects the southern portion of the United States.

Introduction to the Pine Beetle

Within the southern United States, the southern pine beetle is considered the most destructive of all forest insects. Southern pine beetle has been known to cause destruction in urban environments, referred to as “pine beetle damage”. They are a major problem in Houston. Each outbreak of the beetle will usually last between three and five years. Pine engraver beetles may also infest Houston trees.

The southern pine beetle is usually about an eighth of an inch long. It has a cylindrical body with black to reddish-brown coloring. The life cycle consists of the egg, larva, pupa, and adult stages. The cycle can last between 26 and 54 days on average. They develop faster during the summer months. Consistently, there will be southern pine beetles in each of these stages found within Houston as the generations overlap.

Females land on a mature tree at a height between 6 and 30 feet. After landing, they will bore into the tree’s bark, creating galleries where they mate then lay eggs. When the grubs develop, they are legless and yellowish white and will eat the tree’s inner bark. During this process, they enlarge the tunnels and as they mature, they go to the tree’s outer bark, where they become pupae. Upon reaching adulthood, the southern pine beetles will chew through this bark, leaving a small but obvious exit hole. The process of adults leaving the tree can last a long time and in most cases, they will simply move to a nearby tree. The problem for Houston homeowners is that when an adult finds a new host tree and is successful, they create a chemical scent to attract other beetles, leading to a potentially large infestation.

There are some trees which are normally resistant to a pine beetle infestation. These include; eastern white pine, long leaf, and slash. Each of these has an exudate high in resin that protects against the beetles. However, if there are large enough numbers of the beetles, even these resistant tree species may develop an infestation. You are more likely to notice an infestation on trees which are weak and mature. Trees over 15 years of age but with a trunk measuring under 6 inches across.

Trees attacked by pine beetles  may resist the first attacks. However, but as the infestation grows, it will undergo more damage. Eventually, hundreds to thousands of beetles will attack, overwhelming the natural defenses of the tree and leading to its death.

If you think you have a pine beetle damage, or infestation on your property, your best choice is to contact an arborist as soon as possible. This will give them time to determine whether you do in fact have pine beetles and offer the ideal solution before the infestation grows. An arborist has the training and experience to recognize the signs of a southern pine beetle infestation.

Most pine beetle infestations will begin around the tree’s mid-trunk area before it spreads along the tree’s length. From the top, you will notice that infested trees have crowns that are reddish brown as opposed to the green needles of their neighbors. They will also have running pitch, white pitch tubes, numerous emergence holes from the adult beetles, tunnels underneath the bark in S-shapes, and/or sawdust around the tree’s base.

Pine beetles tend to attack trees which are unhealthy or injured.  You can help protect the trees on your property by keeping them healthy. If some of your trees are experiencing an outbreak, then try not to prune your healthy plants at that point as this will produce smells that attract other beetles.

In cases when there is a strong pine beetle infestation, you can also use an insecticide. Insecticide can be applied to dry bark. This travels from the ground to the base of the tree’s root system. Keep in mind, however, that this method is solely preventative since it doesn’t penetrate the bark; in other words, it won’t affect beetles that are already present. Talk to your arborist about the ideal pesticide to use to take care of pine beetles without harming humans or wildlife. It may be challenging to find an appropriate pesticide by yourself, requiring you to consult with an arborist for help in any case.

In some cases, a systemic insecticide for pine beetles is recommended. Systemic insecticide is either absorbed by the roots or injected directly into the tree instead of being sprayed on the tree. This allows it to work on existing infestations. The insecticide tends to travel up to the tree’s top as opposed to the inner area.

If you already have trees on your property that are severely infested with pine beetles, your arborist will most likely suggest removing and destroying them and can even suggest someone to perform this service for you. In some cases, you may even be able to salvage some of the trees, meaning sell a portion of them to loggers. Keep in mind, however, that while removing the tree infested with pine beetles, you must avoid damaging other trees as this will increase their chances of infection.

Find help from a Certified Arborist